Home / Blog Posts / The icon will be electrified 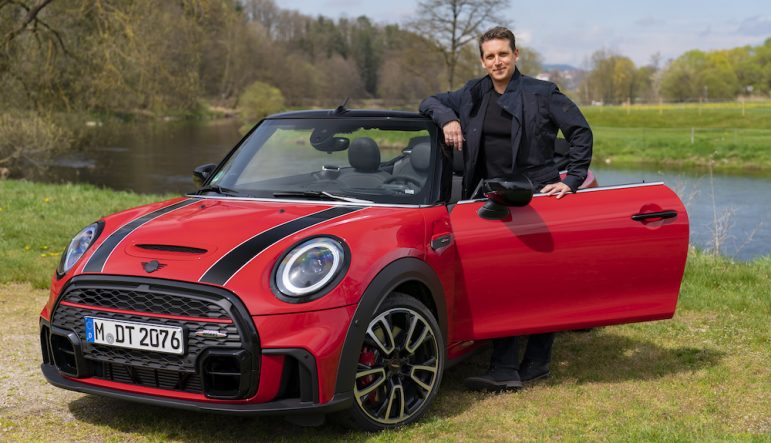 The icon will be electrified

MINI continues the realignment of its model range and announces the development of a successor to the open-top four-seater with the icon will be electrified.

An Electricfied future for the icon

Electrification, the conquest of new target groups and a consistent customer approach are at the heart of the MINI brand’s future strategy. Following the recent announcement of a new generation of the brand’s all-electric small cars, the brand now confirms the MINI Convertible will be continued. The icon will be electrified with the successor is set to be unveiled in 2025.

“The MINI Convertible has a large and particularly loyal fan base. This is also shown by the great demand for the latest, freshly updated model. We are therefore firmly convinced of the success of this vehicle concept for the future.”

Bernd Körber, Head of the MINI

The latest edition of the icon MINI Convertible was launched just a few weeks ago, with a fresh new look and updated technology, and continues a success story that began some three decades ago. After the prototype was shown at the British Motor Show in Birmingham in 1992, a convertible version was added to the classic Mini for the first time. Then, after the relaunch of the brand in 2001, fans did not have to go without as the MINI Convertible was launched in 2004 and has been one of the best-selling four-seat convertibles in the world ever since.

The MINI Convertible is one of the most popular models in the UK, Germany and the USA with the original Mini finding its way to the hearts of thousands and instantly became the icon we know and love.

“Since the launch of the new MINI Convertible in 2016, it has been the best-selling convertible in the UK,” “This demonstrates the great enthusiasm of the MINI community for a vehicle concept like this in the future.”

We’re proud to offer a range of EV chargers for installation, if you’re buying a new or used EV, get in touch to discuss your charger installation across the north west, Yorkshire, Mersyside and Lancashire