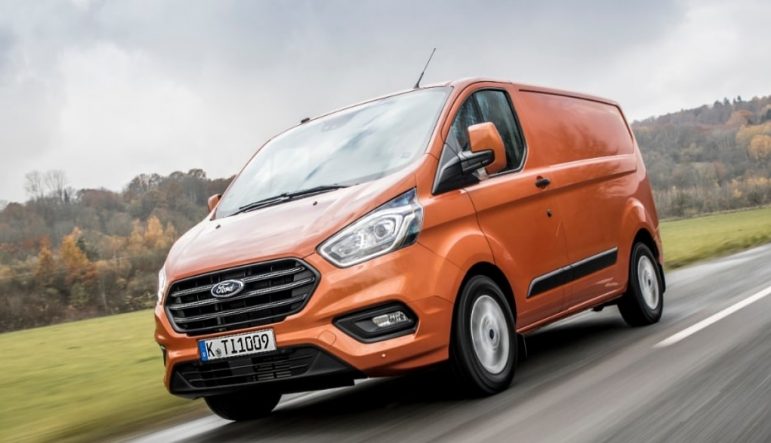 Ford today confirmed that the next generation Ford Transit Custom range will include an all-electric model in addition to plug-in hybrid, mild hybrid and conventional engine variants. Following on from the Mercedes, the longstanding leader Nissan and others into the commercial area, it is a logical step on the journey.

The new Custom range – which includes the Transit Custom van and Tourneo Custom people mover – goes into production in the first half of 2023, with all-electric versions of both models part of the most extensive Transit Custom range ever offered to European customers. That feels someway off when their competitors are stealing a march right now however, the transit is the long-standing leader in the commercial market.

All versions of the next generation Transit Custom will be built by Ford Otosan – Ford’s joint venture in Turkey – in Kocaeli, the home of the Ford Transit range.

In addition, the next generation Volkswagen 1-tonne commercial vehicle also will be built in Kocaeli, adding valuable scale to vehicle platforms and enhancing the customer experience by bringing more technologies to market, faster.

In the interim period, however, Ford understands that not all commercial vehicle operators will make the move from the conventional internal combustion engine to all-electric vehicles in a single jump. This is why its range of powertrain technologies from mild hybrids through to plug-in hybrids are essential and will continue to be a significant part of the next generation Transit Custom range.

Continued growth in Ford’s strong commercial vehicle business is key to its European profitability. It is supported by new products and services, working with an extensive network of commercial vehicle converter partners, with Ford’s strategic alliance with Volkswagen and its Ford Otosan joint venture providing cost-effective vehicle development and sourcing.

If you’ve got EV news, need help with installing an EV charger, get in touch and we’ll be happy to chat.